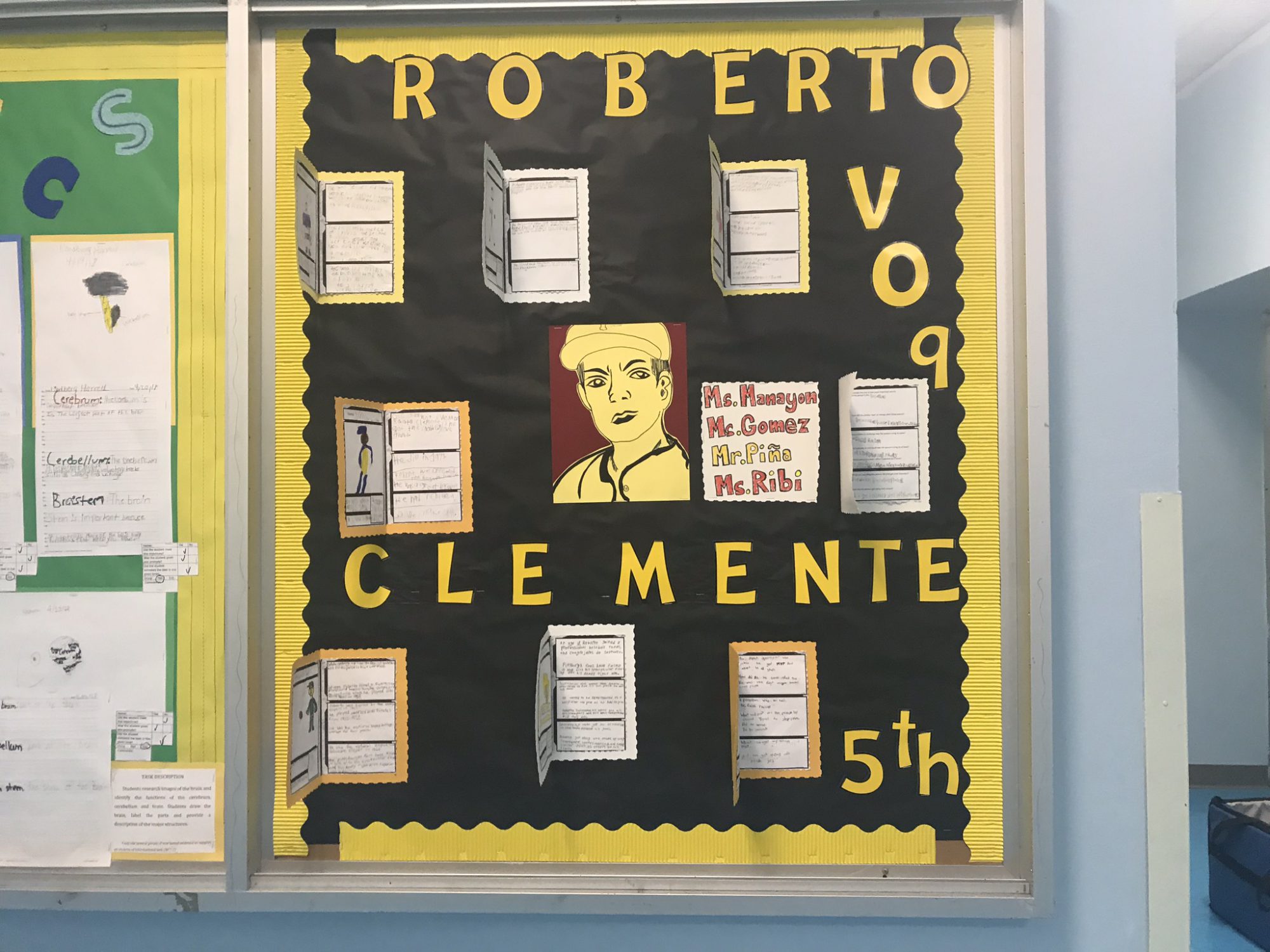 This project was focusing NYS lesson plan module 3A: Sports and Athletes’ Impact on Culture. Students were reading different books based on athletes who were people of color that broke barriers in society. We learned athletes like Jackie Robinson and this continued in learning other athletes who were in the same position. We focused on Roberto Clemente, another athlete who was another player who broke the color barrier as well. He was the first Hispanic and also Carribean player to played in the American League.